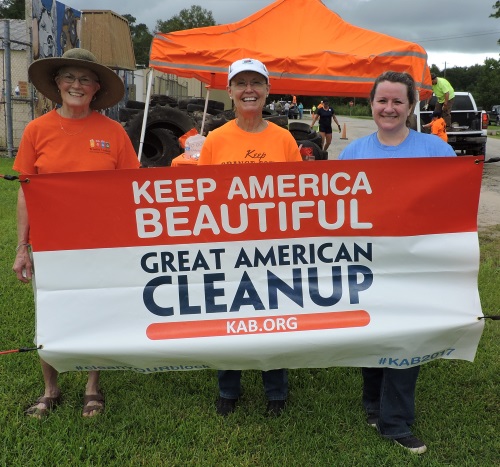 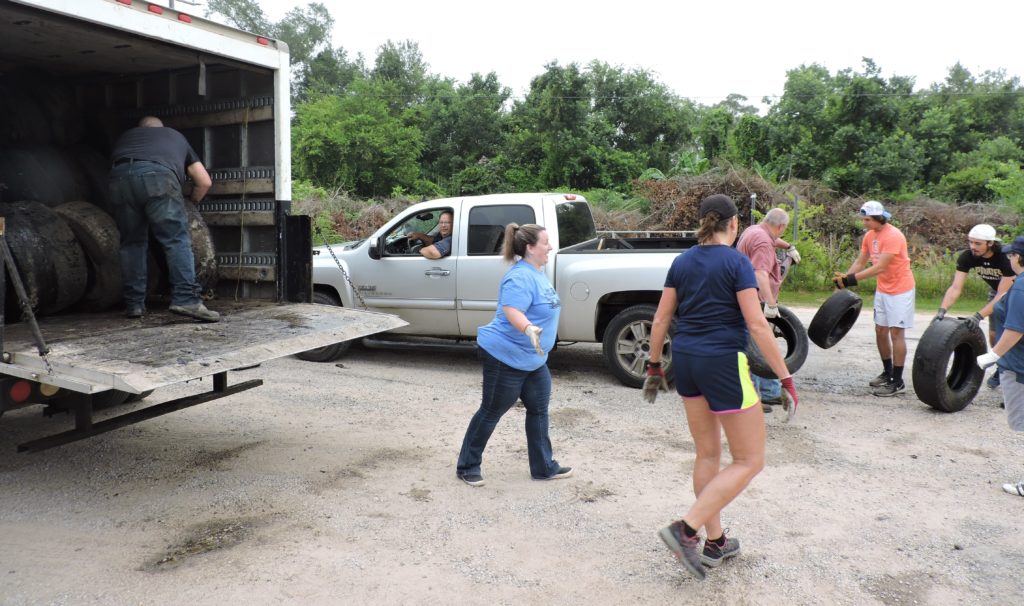 Building community partnerships across Orange County to improve our local environment and reduce litter is what Keep Orange County Beautiful is all about. On Saturday, July 27, KOCB partnered with The City of Vidor, Superior Tire and Service of Orange, and D&D Scrap of Bridge City to collect abandoned tires and scrap metal, at no charge to county residents.  The event was a huge success!

Over 730 tires were collected during the 5-hour event at the Vidor Public Works yard on Watts Street.  “The early birds met us about 7:00 AM with 5-6 trailer loads of tires”, said KOCB Chair Deborah Bednar, “And it was non-stop from there on!”  Mayor Kimberly Stiebig, Vidor City Council Members Angela Jordon, and Bob Turner, along with Vidor City Manager Mike Kunst all pitched-in to unload tires and move them to the truck for recycling.  Big Picture Mike Hughes from Superior Tire and Service said, “You guys wore out my crew!  We never expected a turn out like this!”   “Working together we filled the Superior box- truck four times and the pick-up truck three times!”, said Vidor City Council Members Jordon and Turner.

D&D Scrap from Bridge City also collected over 9,500 lbs. of scrap metal during this event.  “The loads came in sort of all mixed up”, said Teresa Dollins co-owner of D&D.  When a load came in, the crew pulled off the tires first, then sent the vehicles on down to the metal station.  “This is the kind of work we like to do. We got all sorts of material at this clean up”, said Chris Dollins co-owner of D&D.  There was a bath tub, a bicycle, and appliances of all kinds that will now be safely recycled. The final stop for the clean up was a free toss into the roll-off dumpster behind the Vidor Public Works yard.

This is the second tire recycling KOCB has sponsored in 2019.  200 tires were collected in March at the Orange Boat Ramp, as part of the annual Trash-Off in Orange.  The goal for the Vidor event was to collect 500 tires and scrap metal.  That target was far exceeded. “About mid-morning we had 8-10 vehicles lined up to drop off tires and metal”, said Vidor City Manager Kunst. Vidor Mayor Stiebig said, “This just shows how much we needed free clean-up day after Harvey.”